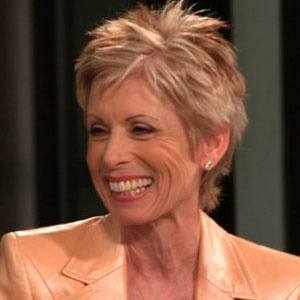 An author, socially conservative commentator, and radio talk show host, she is best known for her popular radio segment, The Dr. Laura Program. She also published several self-help books, including Ten Stupid Things Women Do to Mess Up Their Lives (1995) and Surviving a Shark Attack (On Land): Overcoming Betrayal and Dealing with Revenge (2011).

She graduated from the State University of New York at Stony Brook and subsequently received a Ph.D. in physiology from Columbia University. She first appeared on radio when she called into a KABC show hosted by Bill Ballance in 1975 and impressed him so much that he decided to feature her in a weekly segment.

She received her training as a marriage and family counselor at the University of Southern California.

She married first husband, Michael Rudolph, in 1972. She later wed Lewis Bishop, with whom she had a son named Deryk.

She and Joseph Gordon both attended Columbia University.

Laura Schlessinger Is A Member Of