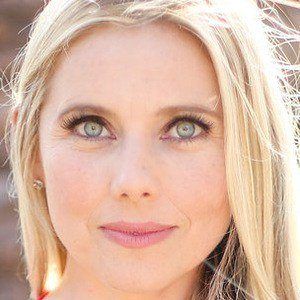 Dating coach most widely recognized as a cast member on the E! series Famously Single. She is also the author of a number of self-help and dating books including Screwing the Rules: The No-Games Guide to Love.

Before becoming a dating coach, she worked for many years as a publicist and writer for publications like Men's Health, Elite Traveler, and New You Magazine.

In addition to being a reality personality, she has also co-hosted the podcast The Great Love Debate.

Her son Finley was born in the same hospital where she was born. She has spent the majority of her life in Los Angeles, California but has also lived in Kansas City, Missouri and spent a great deal of time in Tribeca, New York.

Other cast members of Famously Single include Brandi Glanville and Darcy Sterling.

Laurel House Is A Member Of