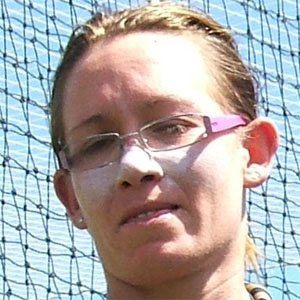 She attended a cricket clinic at her school in 1996, and her potential was instantly noticed.

She made her first class debut in 2000 for the South Australia Scorpions.

She was born in Snowtown, South Australia.

At the World Cup she was teammates with Jess Cameron.

Lauren Ebsary Is A Member Of