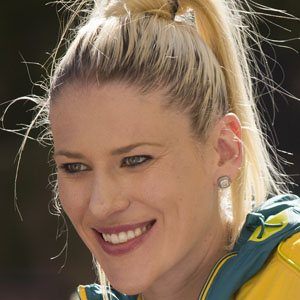 Australian forward/center who was named the WNBA Finals MVP in 2010 with the Seattle Storm.

She started playing basketball at the Albury Sports Centre as a four-year-old.

Her parents Gary Jackson and Maree Bennie were both professional basketball players.

She became longtime teammates with All-Star Sue Bird on the Seattle Storm in 2002.

Lauren Jackson Is A Member Of