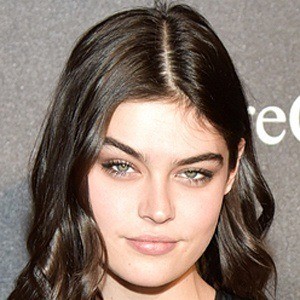 Model whose best known for her work for Victoria's Secret. She has also worked for the likes of Ralph Lauren, Abercrombie & Fitch, Nordstrom, and Macy's. She's also been featured in publications such as ELLE Italy and GQ. She has been represented by IMG Models worldwide.

She first became represented by Vision Models in 2009.

She has amassed more than 220,000 Instagram followers and growing.

She grew up in Joplin, Missouri.

She and Jessica Strother are best friends who have both been represented by IMG worldwide.

Lauren Layne Is A Member Of