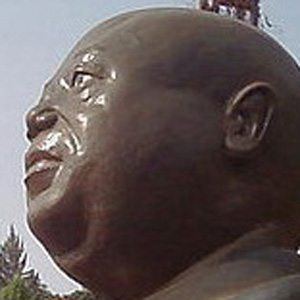 The President of the Democratic Republic of Congo from 1997 until 2001, when he was assassinated by one of his bodyguards. He was a leader in the First Congo War, where he led Tutsis against Hutus.

He and his supporters founded the People's Revolutionary War in 1967 and created a secessionist Marxist state in South Kivu province, west of Lake Tanganyika, which lasted until 1988.

He was married to Sifa Mahanya and had a son, Joseph, who took over his position after his assassination in 2001.

He briefly worked with Che Guevara when the latter came to the Congo in 1965.

Laurent-Desire Kabila Is A Member Of