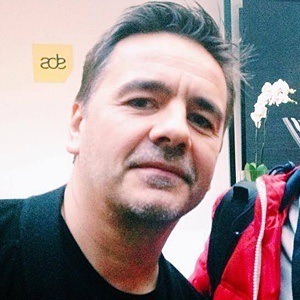 Known otherwise by the stage name Choice, he is a DJ and producer who first enjoyed success in England in the 1980s. He would later gain fame for his album 2000 album Unreasonable Behavior and 2009's Tales of a Kleptomaniac.

In 1984, he began working as a waiter at the French Embassy in London. Eventually, he began DJing in a French club before morning to Manchester in 1986 and making his mark on the UK house scene.

He and his wife, Delia Garnier, have one son.

He became acquainted with fellow music producer Frankie Knuckles after the two met in New York in the late 1980s.

Laurent Garnier Is A Member Of