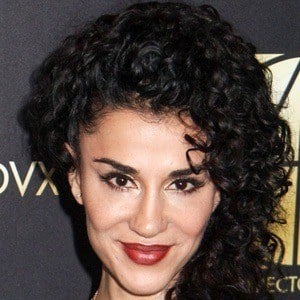 Gemini Award-nominated and Gracie Award-winning actress for her role as Meena in Chasing Freedom who would earn recurring and guest-starring television roles in Da Vinci's Inquest, The Muppets, Jane the Virgin, Shut Eye, Taken and more.

She was involved with the drama club in high school and was scouted by a talent agent when she was 13 years old. One of her professional roles was as a series regular in the high school drama KidZone.

On stage, she has been a lead in productions of King Lear, Lady Windermere's Fan, Obsession and Merlin. She was featured in the Academy Award-nominated short film Day One.

She was born in Afghanistan and raised in Montreal, Canada for several years before moving to Vancouver. In 2017, she married Noel Fisher.

She starred opposite Juliette Lewis in Chasing Freedom.

Layla Alizada Is A Member Of