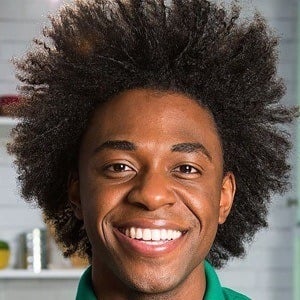 American chef who is widely recognized for developing the popular brand Son of a Southern Chef. He is also known for having been a two-time champion of the Food Network's competition Chopped.

He studied culinary arts at the Food and Finance High School in New York City.

In 2013, he worked at the United States Department of Agriculture in Washington, D.C.

He is the son of restaurant owner Johnny Ray Lynch.

Lazarus Lynch Is A Member Of