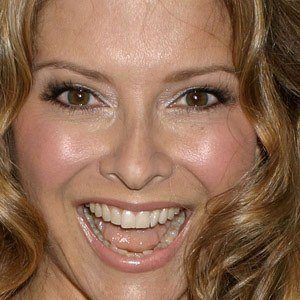 TV personality and restaurateur who hosted Simply Delicioso on the Food Network.

She had acted in sixteen telenovelas by the time she was twenty years old.

She appeared in a 2009 "Got Milk?" campaign that aired during Hispanic Heritage Month.

She grew up in Cali, Colombia and learned cooking from her mother, who had been trained at Le Cordon Bleu.

She appeared on Martha Stewart's lifestyle show,"Martha, in March 2006 and was approached by The Food Network the next day.

Ingrid Hoffman Is A Member Of