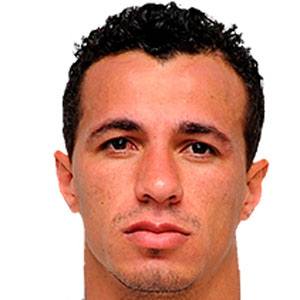 Brazilian soccer player who has won titles with clubs like Sport Club Internacional in the Brasileirao league. With the Brazilian national team, he won the Americas Super Derby championship in 2011.

He played for teams in his native city of Jardim Alegre before beginning his youth career with Atletico Tubarao in 2008.

He was the top goal scorer at the 2012 Olympic Games in London.

He married Nadia Santos. His brother, Edimar, is also a soccer player.

He was teammates on the Brazilian squad with Lucas Moura at the 2012 Olympic Games.

Leandro Damião Is A Member Of