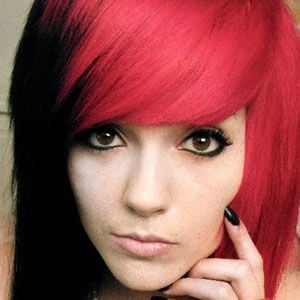 YouTube phenomenon known for her channel HaiLedaBear, where she uploads comedy videos, make-up tutorials, and basic, random video blogs. She is also known by the names LedaMonsterBunny and Scinon.

Her first two YouTube channels, ledafknbanana and LedaDragonLady, were both hacked.

She became a Middle-earth fantasy enthusiast at the beginning of 2014. She has more than 140,000 YouTube subscribers.

Her parents' names are Kendra and Chaun Muir, and she was born in Ojai, California. She dated musician Braden Barrie in 2015.

She collaborated with Louis Cole on a video called "Eating Natto with FoodforLouis!! BLEEEHHH."

Leda Muir Is A Member Of