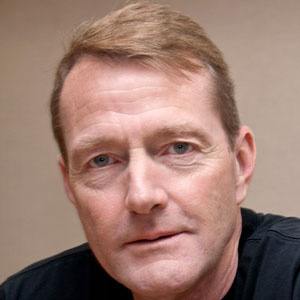 An English thriller writer, he is best known for his Jack Reacher books, which focus on a former policeman who travels throughout the United States. The first novel in the series, Killing Floor, was a recipient of the Anthony Award.

He was an executive with the UK's ITV network and was let go in a round of corporate restructuring. He published his first novel in 1997.

He joined up with more than a dozen other writers to create a collaborative, 17-part audiobook thriller called The Chopin Manuscript. The work was narrated by actor Alfred Molina.

He was born Jim Grant in Coventry, England. He took on the pen name Lee as a nod to a family joke and used the family name Child so that his work could be put on the bookshelf next to the mystery novels of Agatha Christie. He married Jane Grant and has a daughter named Ruth.

In his youth, he studied at the King Edward's School in Birmingham, England, which Lord of the Rings author, J.R.R. Tolkien, had also attended.

Lee Child Is A Member Of