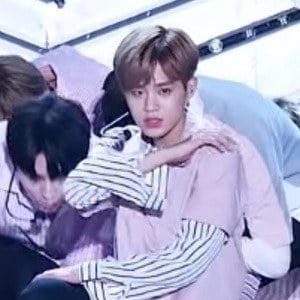 South Korean pop singer/songwriter who rose to fame after competing on the second season of Mnet's Produce 101. Upon finishing in third place, he secured a spot as a member of the boy group Wanna One. He also became a member of AB6IX.

He was a trainee of the South Korean entertainment company JYP Entertainment.

He is close friends with fellow pop performer Jeon So-mi.

Lee Dae-hwi Is A Member Of