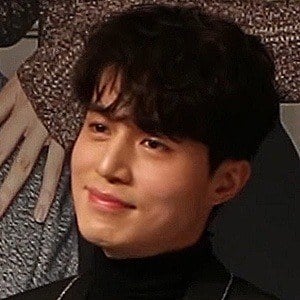 Award-winning South Korean television actor known for his lead roles in series such as My Girl, Scent of a Women and The Lonely and Great God.

He made his acting debut in 1999 and continued to act in several television series until his breakout film role in My Girl in 2005.

He grew up in South Korea with a younger sister.

He co-starred with Kim Sun-a in the 2011 TV drama series Scent of a Woman.

Lee Dong-wook Is A Member Of