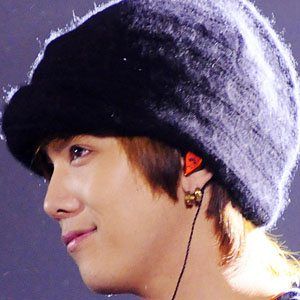 Musician, actor, and MC best know the lead singer of the Korean boy band Five Treasure Island, also known as FT Island. He announced his solo career in 2015. In 2017, he appeared on several variety shows including Duet Song Festival and King of Mask Singer.

He was in the television series Magic Kid Masuri, which became very popular among elementary school students.

He became a popular topic for celebrity gossip publications, with revelations for example that he paid over fifty million won for his nails.

He began dating actress Han Bo-reum in 2016. The couple ended their relationship in 2017.

He is joined by guitarist Choi Jong-hoon in FT Island.

Lee Hong-gi Is A Member Of