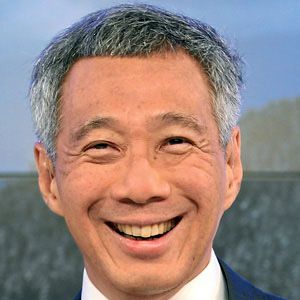 A head figure in the People's Action Party, who took office as the third Prime Minister of Singapore in 2004.

He earned a scholarship to study Mathematics at Trinity College, University of Cambridge.

He has also served as the Secretary General of the People's Action Party, Member of Parliament, and Minsiter for Finance.

He married his second wife, Ho Ching, in 1985. They have four children: Xiqui, Yipeng, Hongyi, and Haoyi. Hsien-Loong also has two siblings, a brother and sister.

He has served as Prime Minister under Singapore President Tony Tan.

Lee Hsien-Loong Is A Member Of