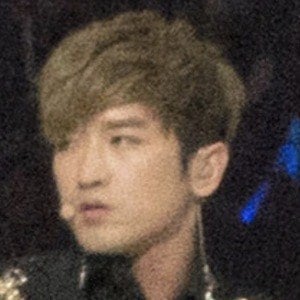 Singer, rapper and dancer most famous as a member of the South Korean boy band Shinhwa. As a solo artist under the pseudonym M, he has released successful albums like 2007's Explore M.

He danced for the group Dicky Ducky while studying at JunJoo Fine Arts School.

He is known as an exceptional dancer, winning an Mnet Asian Music Awards for Best Dance Performance in 2005.

He has siblings named Lee Young-mi and Lee Min-seok.

He co-starred with Han Hyo-joo on the fifth season of the sitcom Nonstop.

Lee Min-woo Is A Member Of