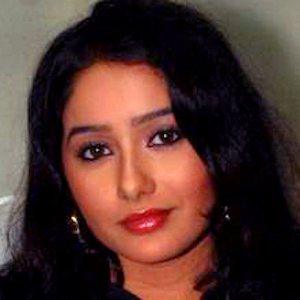 Indian television actress best recognized for her roles in shows like Ganga Kii Dheej, Punar Vivah, and Kumkum Bhagya. She also appeared in the 2013 comedy film Himmatwala and the 2014 drama Sathiyo Chalyo Khodaldham.

She made her television debut in 2009 on the series Koi Aane Ko Hai.

In 2013, she competed on the Pakistani reality contest Madventures, an adaptation of the popular American series Fear Factor.

She married her long time boyfriend Rahul Sachdeva, a US-based businessman, in 2016.

She earned her big break portraying Khemi in the soap opera Bandini opposite Ronit Roy.

Leena Jumani Is A Member Of