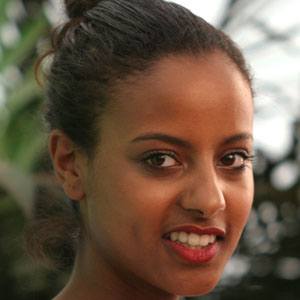 Exotic fashion model who won the fourth cycle of Germany's Next Top Model, becoming the first woman of color to do so.

She was in a fashion show with Germany's Next Top Model cycle three winner Jennifer Hof.

She modeled for Sony Ericsson and Gilette while competing on the show.

She was born to Ethiopian immigrants who moved to southern Germany in 1986.

Sara Nuru Is A Member Of