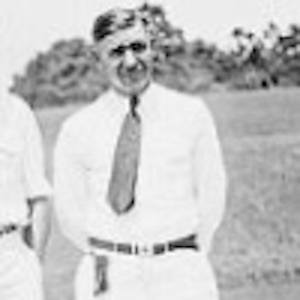 He played on the first U.S. Ryder Cup team.

He re-adjusted his putting stance on short putts and chose to keep it, even after the new stance provoked great teasing from his fellow players.

He, Gene Sarazen, and Walter Hagen were golf's first superstars.

Leo Diegel Is A Member Of