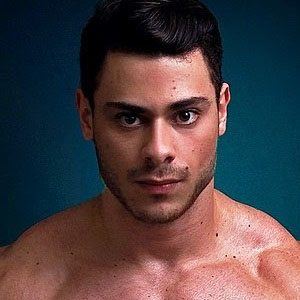 One half of the hip-hop duo Bonde da Stronda, he is a singer/songwriter, model, and body builder who gained fame via his YouTube channel where he posts new music, work out videos, and tips on how to stay healthy.

He connected with rapper Diego Villanueva, better known as Mr. Thug, as a child, and they formed Bonda da Stronda in 2011. Since then, the group has released 6 albums.

In addition to his work as a rapper and bodybuilder, he also released a clothing line called "XXT Corporation." The name of the company is derived from the catchphrases he's known to use on his YouTube page, including "XXT," "wrol," and "nightlok."

He was born Leonardo Schulz Cardoso, though is sometimes known as "Loch Ness Monster," in Rio de Janeiro, Brazil.

Bonde da Stronda has been tied with some American rappers, like Soulja Boy, who had a number 1 hit with "Crank That."

Leo Stronda Is A Member Of