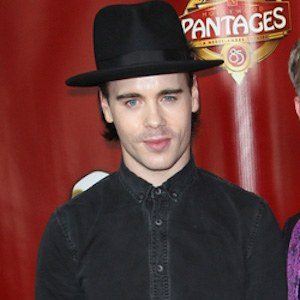 Gaining acclaim with his truthful lyrics on his debut EP River Full of Liquor, this singer-songwriter has been featured in L'uomo Vogue and as part of the GQ Style Feature.

He began his career in music by uploading songs to his MySpace account.

He was personally invited by a number of fashion designers to attend their shows, including DSquared and Monclear.

He is a native of Margate and was born in the British Overseas Territory Gibralter.. He enjoyed his mother's taste of music growing up. His dad was in the military.

Riccardo Tisci and Emporio Armani were among the other designers to invite Leon to their shows.

Leon Else Is A Member Of