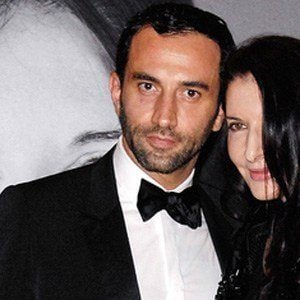 Italian fashion designer who became creative director of Givenchy in 2008 and who often features the Italian model Mariacarla Boscono.

He graduated from London's Central Saint Martins College of Art and Design.

After debuting his own collection in 2005, he was approached by Givenchy.

He grew up poor with his mother and eight sisters in Italy.

Riccardo Tisci Is A Member Of