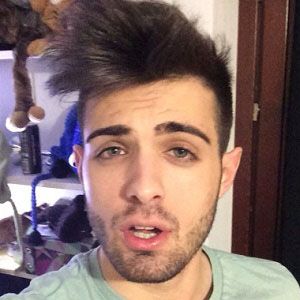 Italian YouTuber known for posting comedic skits and parody videos to his channel, which has more than 900,000 subscribers. He also worked as a radio personality and starred in a number of commercials.

He began performing and studying theater at the age of twelve and quickly gained success on stage. He later won a national hip hop dance competition in 2007.

He was born in Civitavecchia, Rome. He has a brother named Gabriel.

He performed alongside Lorenzo Ostuni at Wired Next Fest 2015.

Leonardo Decarli Is A Member Of