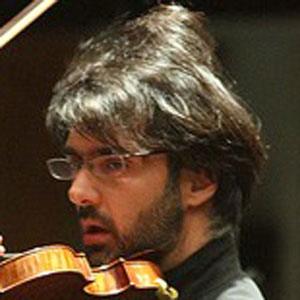 Winner of many performance awards, including the 1985 International Sibelius Competition and the 1988 Naumburg Competition in New York.

He started playing violin when he was five years old and learned at the Hellenic Conservatory; his public debut was in 1984 at the Athens Festival.

He's also been known to serve as a conductor, such as with the Camerata Salzburg.

He was born into a musical Greek family in Athens.

He has recorded the work of many great composers, including Claude Debussy.

Leonidas Kavakos Is A Member Of