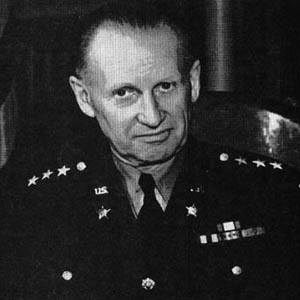 Commander of the WWII Army ground forces who was one of the highest-ranking American officers killed in the war.

He served with distinction in World War I, earning both an Army Distinguished Service Medal and the French Légion d'honneur.

He was killed during the Battle of Normandy when a U.S. Army Air Forces bomb mistakenly landed in his foxhole.

His son, Colonel Douglas McNair, was killed in action in Guam.

He and George Patton both commanded the legendary 1st Army Group.

Lesley J. McNair Is A Member Of