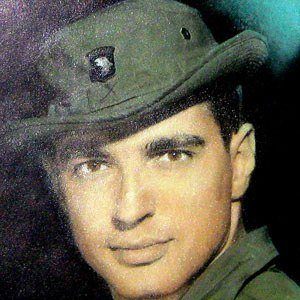 Vietnam War hero who was posthumously awarded the Medal of Honor.

He was drafted into the U.S. Army after dropping out of college in 1969.

He sacrificed his own life to save the lives of members of his platoon. Prior to this heroic act, he had been awarded the Bronze Star and an Air Medal for other acts of bravery.

He was the son of Leslie and Elizabeth Sabo and had a brother named George.

His family was presented with the Medal of Honor by President Barack Obama in April 2012.

Leslie Sabo Is A Member Of