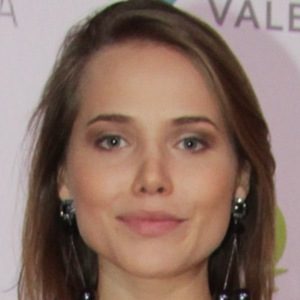 Actress who has become known to Brazilian television audiences through her recurring roles on such shows as Luz do Sol, Chamas da Vida and Novo Mundo. She is also an accomplished stage actress who has starred in productions of Hair, Floribella, The Greatest Love of My Life and more.

She began her career as a child actress, appearing on Rede Globo shows like Malhação and TV Globinho.

Her performance in Hair earned her an APTR Award nomination for Best Supporting Actress.

Her parents are Analdina and José Hélio Colin.

She has appeared alongside Isabelle Drummond on the soap opera Novo Mundo.

Leticia Colin Is A Member Of