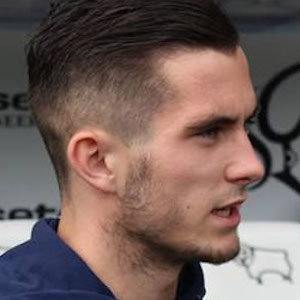 English soccer central midfielder who is known for his time with Leeds United. He made his first team debut in 2014 in the club's first match of the year.

He began his developmental soccer career in the Leeds United Youth Academy. He played on their Under-18 team at age 15.

He has also played for the English National Team's youth squads. In May 2014, he was a member of the English U-17 team that won the UEFA European Under-17 Championship.

He was born and raised in York, Yorkshire, England.

During the 2015-2016 season for Leeds United, he played on the team alongside Sol Bamba, who was also the group's captain.

Lewis Cook Is A Member Of