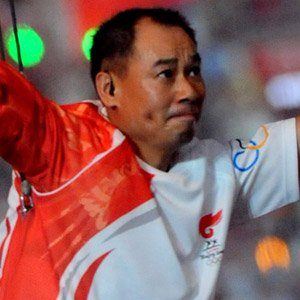 He began training at the age of eight and was selected to the Chinese national team in 1980.

He founded the Li-Ning Company Limited in 1990, a company which sells footwear and sporting apparel in China.

He was born into one of China's 55 ethnic minority families, the Zhuang family.

Li Ning Is A Member Of