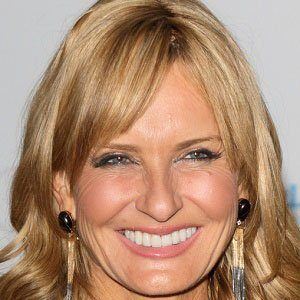 Television personality best known as a broadcaster for Sky Sports. She was previously a gymnast who competed at the 1984 Olympic Games in Los Angeles.

She attended Birmingham University, where she studied Sports Science.

She underwent chemotherapy after being diagnosed with breast cancer in 2013.

She has been married and had three children.

She and Sean Fletcher have both worked as broadcasters in the sports division of the Sky News network.

Jacquie Beltrao Is A Member Of