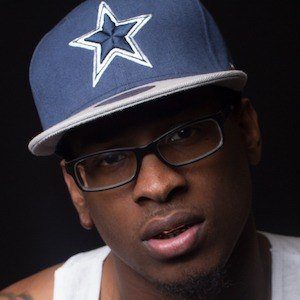 Rapper known for his mixtape Square Bidness, which features the single "Circle." He has more than 90,000 subscribers on his YouTube channel. He originally signed with FamLife Entertainment.

He started performing while in still in high school, appearing in talent shows. He started uploading videos to YouTube in 2009.

He grew up wanting to be a professional athlete before finding a passion for music.

He's the youngest of four children.

He was featured on T-Wayne's song "Booty."

Lil Ronny Is A Member Of