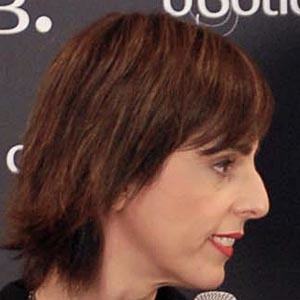 Journalist and fashion critic of the Brazilian newspapers O Estado de Sao Paulo and Folha de S. Paulo. She has also been the presenter of GNT's weekly series GNT Fashion. She created her self-titled lifestyle and fashion blog Lilian Pacce.

She began her career contributing to publications such as Vogue Brazil, Elle and Daslu and Icarus.

She won Best Fashion Journalist in the country from Phytoervas Fashion in 1998 and again in 2000 from the Brazilian Association of Textile Industry.

She was born in Sao Paulo, Brazil. She studied abroad at the London College of Fashion and Central Saint Martins.

She studied at the same college as designer Alexander McQueen.

Lilian Pacce Is A Member Of