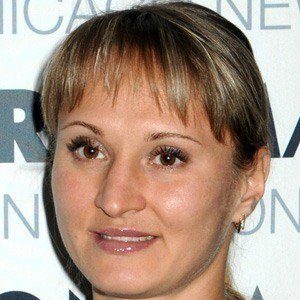 Long-distance runner who won the Chicago Marathon three times in a row from 2009 to 2011 and also won the 2010 London Marathon.

She grew up in Beloretsk where she began her running career.

She raised a daughter named Anna.

She and Ejegayehu Dibaba were favorites to win the 2011 Chicago marathon.

Liliya Shobukhova Is A Member Of