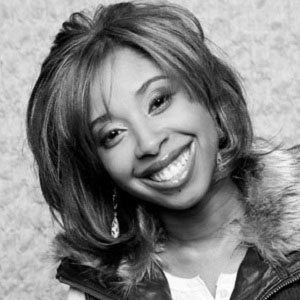 Dominican gospel and R&B vocalist known for studio albums including Come Home, Survive, and Sin Miedo a Nada. Over the course of her career, she received numerous Christian music awards, including a 2009 Arpa Award for her single "At Last" and a 2006 Casandra Award.

Before beginning her music career, she briefly studied to become a pharmacist. She released Contigo God, her debut album, in 2001.

Extremely popular on social media, she had nearly 600,000 Twitter followers in early 2015.

Born to a Dominican mother and a British Isles-native father, she spent her childhood in Santo Domingo, Dominican Republic. She and her American husband, David M. Hegwood, raised a son named Liam Michael.

Lilly Goodman Is A Member Of