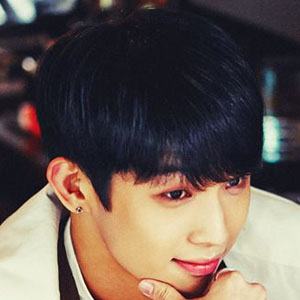 South Korean singer and dancer best known as a member of the K-pop boy band BtoB.

He studied in Shangai for two years.

He starred on his own YouTube series called Sik Sense.

His father was a folk singer.

He and B.A.P.'s Himchan are both members of famous South Korean boy bands.

Lim Hyunsik Is A Member Of