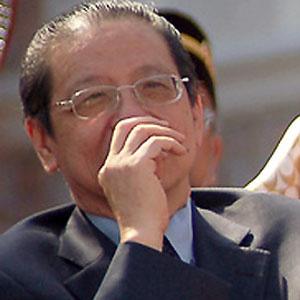 Malaysian Democratic Action Party politician who became a member of Parliament in 2004.

He became a secretary for the DAP and an editor of the party's political newspaper in the 1960s.

He was imprisoned in the late 1980s for violations of Malaysia's Internal Security Act.

He married and had four children, one of whom is the prominent politician, .

Another Malaysian politician like him is Najib Razak, who served as the country's sixth Prime Minister.

Lim Kit Siang Is A Member Of