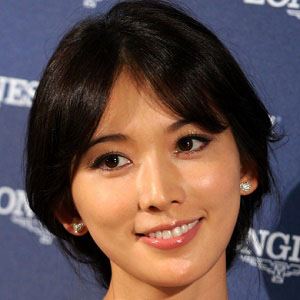 The recipient of a 2006 Hong Kong Style Icons Award and a 2009 Best Asia Star Award, this Taiwanese-born fashionista quickly became one of her country's highest-paid models and was hired to endorse products and companies such as Olay, Pantene, and China Airlines.

She began her modeling career in her teens, but temporarily left the industry to earn a bachelor's degree at the University of Toronto.

An actress as well as a model, she starred in the Japanese drama series Tsuki no Koibito (Moon Lovers). She has also hosted several television programs, including Fashion Track and LA Mode News (both on the TVBS-G network).

She and her brother, Lin Chi-hong, were born in Taipei, Taiwan, to Lin Fan-nan and Wu Tzu-mei.

In 2008, she made her cinematic debut in the John Woo-directed feature Red Cliff.

Lin Chi-ling Is A Member Of