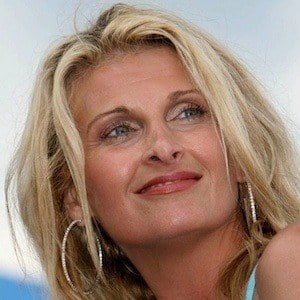 Grammy Award-winning singer who had a hit with "Some Things Are Meant to Be" and who was signed to Kenny Rodgers' label.

She began singing in her early childhood, making a local radio show at age six. Davis moved to Nashville when she was twenty to further her career.

Two of her albums, Shoot for the Moon and Some Things Are Meant to Be, made it to the top thirty on the country charts.

Her daughter was one of the two lead vocalists of the group Lady Antebellum.

She won a Grammy Award for a duet with Reba McEntire, in "Does He Love You."

Linda Davis Is A Member Of