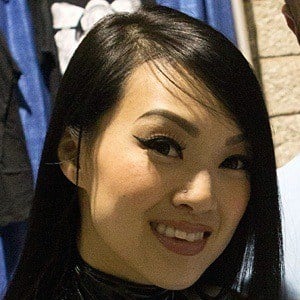 Internationally known cosplay model whose better known as Vampy or Vampy Bit Me. She rose to fame after one of her cosplays was featured in the showcase book Otacool 2. She joined Nerdist Industries and produced the internet show Just Cos. She has collaborated with numerous companies and artists in the U.S. and Japan for her cosplay work.

She studied hairstyling at Paul Mitchell's Hair School in the U.S. as well as Toni & Guy in London and worked various odd jobs before turning to modeling.

She was named one of the top ten most popular Cosplayers in 2014.

She was born to Vietnamese immigrants from Okmulgee, Oklahoma. She grew up in San Jose, California where she also attended college. She has been dressing up as anime and video game characters since she was 12.

She was a member of fellow cosplayer Kat Gunn's professional gaming and cosplay team.

Linda Le Is A Member Of