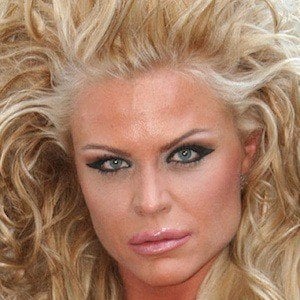 Swedish model who became known for appearing on Big Brother in 2003. Since then she has been featured on numerous other reality based shows, including Team Paparazzia, Wipeout, and the popular dating show Den ratte for Rosing. She has also been featured in Playboy magazine.

She first became known as a glamour model after being featured in the men's magazine Slitz.

She has dabbled in music and she released her first single "Summer Love" in 2004. She also became founder and political leader of the Swedish Unique Party in 2006.

She was born Linda Gedin but is also known as Linda Rosing. She married Basic Element singer Peter Thelenius in 2010. She has two kids.

She and Elita Lofblad are both Swedish glamour models who appeared in Playboy and got their start on Big Brother.

Linda Thelenius Is A Member Of