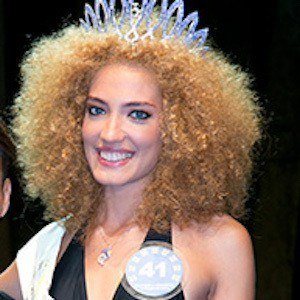 Albanian beauty queen and model who was crowned Miss Universe Albania 2016, earning the right to represent her country at the Miss Universe pageant. She previously won the title of Miss Europe Continental in 2015.

She earned the Miss Elbasani crown at age sixteen.

She has modeled for well-known fashion brands like Lacoste.

She was born and raised in Albania.

She and Almeda Abazi have both represented Albania in the Miss Universe pageant.

Lindita Idrizi Is A Member Of