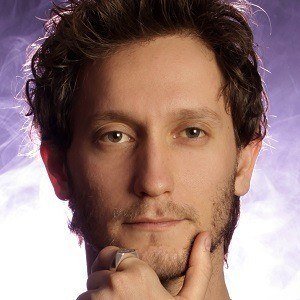 He has said that he realized his abilities at age 6, where he felt a heightened sense. He idolized famed mentalist Uri Geller as a child.

He was born and raised in Tel Aviv, Israel.

After demonstrating with Arnold Schwarzenegger, the former Mr. Olympia replied, "Can you bend my budget?"

Lior Suchard Is A Member Of