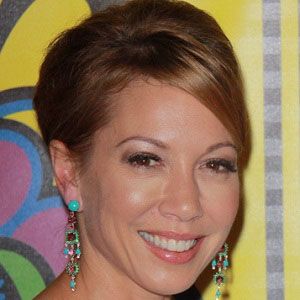 Famous for covering entertainment news for Los Angeles' KCBS-TV and KTTV stations, she is also notable for her work on the TV Guide Network.

She began her rise to fame while hosting a television entertainment segment called InFANity.

She played a broadcast journalist in a season one episode of the television series 24.

Born in Baltimore, Maryland, she was raised by adoptive parents. With her television actor husband, Jon Cryer, she adopted a daughter named Daisy.

She and ex-football player Tim Green co-hosted the emotional ABC program Find My Family (which documents reunions between adopted children and their biological family members).

Lisa Joyner Is A Member Of