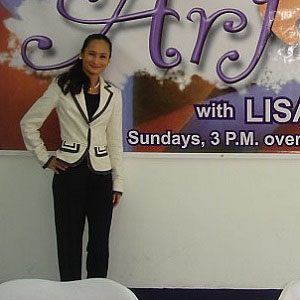 Filipina prima ballerina known for her solo work with the Kirov Ballet. She also served as Artistic Director of the Ballet Manila in her native Philippines.

She began dancing at the age of eight and went on to study the Russian Vaganova dance technique with ballerina Tatiana Alexandrovna Udalenkova.

She was born in Manila, Philippines to Susan Pacheco and Cesar Macuja. She grew up with three siblings, two of whom also pursued careers in the arts.

She and fellow prima ballerina Anastasia Volochkova both performed with renowned Russian ballet companies the Kirov Ballet and the Bolshoi Ballet, respectively.

Lisa Macuja-elizalde Is A Member Of