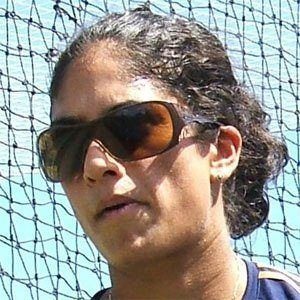 All-rounder who won the 2005 Cricket World Cup while representing Australia.

She began playing at a young age when her father introduced her to the sport, and she mainly played with boys as a youth.

She became the world's first cricketer to record at least 1,000 runs and 100 wickets in international ODI play.

She was born in Pune, Maharashtra, India, but was adopted by Americans who moved to Australia early in her life.

At the 2005 World Cup she was teammates with Alex Blackwell.

Lisa Sthalekar Is A Member Of