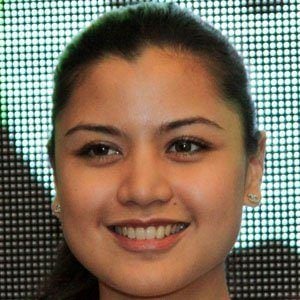 Malaysian actress known for her roles in the films Sekali Lagi and Goodbye Boys. Also a stage performer, she appeared in a 2012 Kuala Lumpur production of a play titled Teater Tun Siti Hasmah. In 2017, she was named the Goodwill Ambassador of UNICEF Malaysia.

She studied law at Help University College and Aberystwyth University.

She grew up in Kuala Lumpur in a family of Chinese and Buginese descent. In 2012, she married Malaysian pop star-turned movie director Yusry Abdul Halim. In 2015 they welcomed a daughter, Yahaira Leanne.

She co-starred with Awal Ashaari in the 2008 film I'm Not Single.

Lisa Surihani Is A Member Of