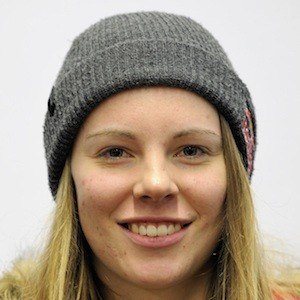 Her professional skiing career began in 2012 at the age of sixteen.

In 2014, she represented Germany at the Winter Olympics in the slopestyle category.

She has one older brother named Max.

In the 2014 Winter Olympics in Sochi, she competed against gold medalist Dara Howell.

Lisa Zimmermann Is A Member Of