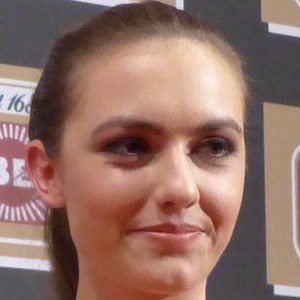 German fitness model, blogger, and CEO of the social media and marketing company Puking Unicorn. She modeled for Mercedes Benz at Fashion Week 2016 and has appeared in numerous German editorials and fitness campaigns for known brands.

She was scouted at the age of 16 in an H&M store and began modeling two years later for a kids' modeling agency.

She was featured on the cover of Tennis magazine.

She shares a birthday with fellow model Kristin Kagay.

Liza Kohl Is A Member Of